Besides meeting a fabulous group of new friends, Alt provided a central place for like-minded people to get creative and feed off of each other, though not in the vampire-y, post-apocalyptic-way. It isn’t often you get 500 awesome designers, fashionistas, crafters, stylists, decorators, social media smarties, artists, photographers and bloggers all in one location at your disposal.

END_OF_DOCUMENT_TOKEN_TO_BE_REPLACED

For New Year’s Eve weekend, I headed down the coast to the ever-so-beautiful city of Santa Barbara. My boyfriend and I joined our friends from college who are still living the dream down there and rang in the new year at The Neighborhood downtown. The bar had no cover. Wait, I need to say that again loudly… THERE WAS NO COVER! Nearly all the places we scoped out beforehand had hefty cover charges none of us were willing to shell out. Charging $60+ to get into a club or bar that’s jam packed with people and crazy lines for expensive, watered-down drinks is highway robbery and just isn’t my thing. What is my thing? Five dollar beers all night at The Neighborhood. And watching my friends get really competitive playing cornhole. Dorks. That I love. 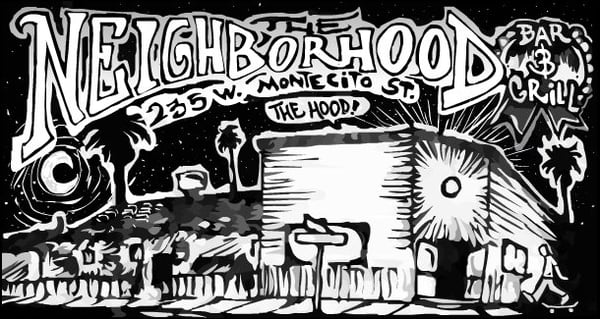 My NYE outfit consisted of a loose fitting black top, Jessica Simpson pumps, and these starry symphony sequined shorts from ShopRuche.com. Since no one was on camera duty NYE, I have one photo from that evening but it doesn’t do my outfit justice (the lighting isn’t great, my photographer just took shots of whiskey, I didn’t really care, and so on).

So, I took the photo below from my iPhone the week before and sent to my gal Edita for outfit approval.

I’ve got to find another opportunity to wear these shorts! Who wants to invite me somewhere where sparkles are encouraged?

P.S. I submitted this sparkly sequin look for the latest Bloggers Do It Better Challenge. Click here to see the other fabulous participants!

Next week I’m headed to the 2012 Alt Design Summit in Salt Lake City, Utah and I couldn’t be more excited! I’ve never been to Utah before and I am going to have three awesome blogger roomies to share this experience with: Chelsey from The Paper Mama, Jess from IROCKSOWHAT and Jensie from Take Two They’re Small.

This may possibly be the best conference yet!

But wait! I need an outfit for the Winter Wonderland White Party. Channeling white pieces from all seasons to get some ideas for what to wear.

Any suggestions or stores with white pieces this time of year?

Last month my dad and I drove up to Portland, Oregon to find him a place. Now that he’s single and retired, he is free to move whenever, wherever. While I was wearing leggings and yoga pants 80% of the trip, I did wear “real” clothes the day we went to Ikea. Man I love that place. And in Oregon there’s no sales tax (!) so I bought a set of wine glasses for $4.99. And I paid $4.99. Crazy.

Speaking of Macy’s, I’m totally in love with department stores like that. I could spend all day in them. I probably have in the past. It’s fun to pick out the latest fashions but it’s even better when you can scoop up a great deal on something! This is why so many people won’t make a purchase until they head to a promo code and discount website looking for Macy’s deals – when they see it, they’ll be ready to bag themselves a bargain. Is there a better feeling in the world than this?

*Trashcan satchel: my boyfriend’s brother was this guy for Halloween two years ago and bought this purse from Target specifically for his costume. The day after Halloween, he threw it in the trash. THE TRASH! With the tags still on it. My dumpster divin’ boyfriend saw it on top of trash and after he wiped off the spaghetti and meatballs from the night before and gave it to me–totally kidding, it was clean. Eww, I wouldn’t want a dirty satchel.

One of my closest friends since elementary school married her outdoorsman sweetheart. They both love to fish and camp so a river-side outdoor wedding in Coloma, California was perfect. My campsite was right next to the American River and throughout the afternoon we saw half a dozen rafters take on the rapids and succeed. Just looking at the middle fork of the american river made me want to book a whitewater rafting trip there. Whilst the location was gorgeous and scenic, there were a few encounters with some pests. That did become quite irritating throughout the evening. For those planning an outdoor wedding like this one, make sure to take care of pests beforehand. Guests don’t want to be swatting pests away all night, so try and remove them with help from a company like https://www.pestcontrolexperts.com/pest-control/.

The bride’s lacy, off-white dress was beautiful. She walked down the isle to “Kiss The Girl” from The Little Mermaid, her favorite movie.

the bride and the groom

me with the blushing bride. 18 years since we first became friends!